So I was wondering whether anyone would want to read my wedding report as I’m not a regular poster on here, but I spent so many hours browsing forums and finding ideas and answers to my questions on the site that I thought I’d like to put it all together in one report.

I moved to Cyprus in August 2008, ready for a new job and hopefully some fun times meeting lots of new people.  It was here that I met Mr C. Determined to enjoy the single life for as long as possible after coming out of a long term relationship, I didn’t really want anything serious, but when he offered to cook me dinner for our first date after I had just come out of hospital after a knee operation, I thought he must be ok. So in January 2009 we had our first date.

That dinner led to many other dates and because of our social circles mixing very often, the relationship moved quite quickly. In May of 2009, we had attended our first  ‘proper’ social event together (a friend’s wedding), been on our first holiday (Dubai) and he had moved in to my apartment.

We enjoyed an amazing few months living in a holiday resort working until lunchtime, and enjoying afternoons by the pool or at the beach. It all seemed a bit too good to be true. 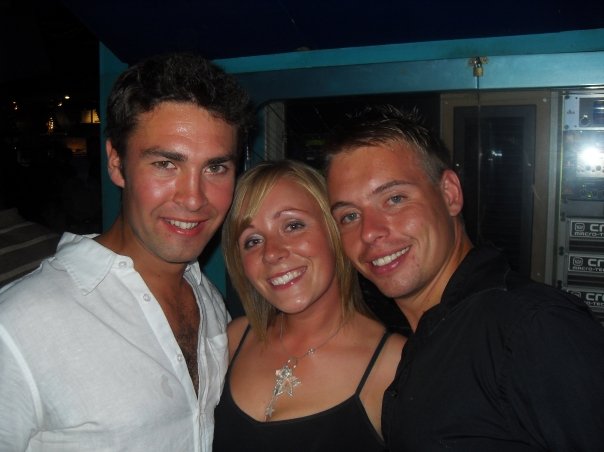 One of our first meetings... we sang karaoke together (he is on the right)