cant believe im actually writing my wedding report!  ive spent so long reading others and marvelling at everyones beautiful weddings, jealous that i couldnt wait to write mine.  Now its finally the time to write it and although im a little sad its over and done with I can wait to see what my life will bring with my husband!

A quick thank you to everyone who has helped me, kept me level headed and calm, given me ideas and encouragement and generally been there for me to vent at or just talk weddings with over the past two years

Mike and I grew up the opposite sides of the city, Birmingham, and had very different childhoods.  He was the popular, captain of the rugby team type with a small but close knit family. I was a geeky girl, never interested in boys that much and more focussed on getting good grades so I could go to university to become a teacher.

The only thing we had in common was our love of music - heavy metal, rock and anything that had a beat!

While we both went to university, down the road from each other, he began working at a local rock bar which I frequented yet still we never saw each other (we only learnt this after our 4th date!)

I met someone through friends at the local rock club and began dating him all the way through university whilst Mike was with his college girlfriend still.

Fast forward two years and Mike had split up with his ex, to the joy of his family and friends who had nicknamed her 'poison dwarf' and whilst I had become engaged, the ex fiance ended it all on December 22nd 2007, 3 months after we became engaged.  To say I was devastated would be an understatement, i never had a christmas that year, instead i stayed in bed for a week, never ate and became a shell.  I lost 1stone within a week and continued to lose weight through the stress of the breakup as well as trying to complete a dissertation!  He was a lovely bloke NOT!

Fast forward to 2008 - I began to come to realise what a lucky escape i had, he was a pathological liar, cheat and generally a %^&*%!, and I started socialising again including going out with uni friends and also friends i had met through my ex, who had all remained friends with me as they felt disgusted by what my ex did.

March 2008 and our local rock clubs ann summers night - generally a night where the girls go out dressed in very little and blokes perve! Me being a bit of a prude refused to wear a babydoll instead settling on a basque and a pair of skinny jeans - i was the most over dressed girl there! 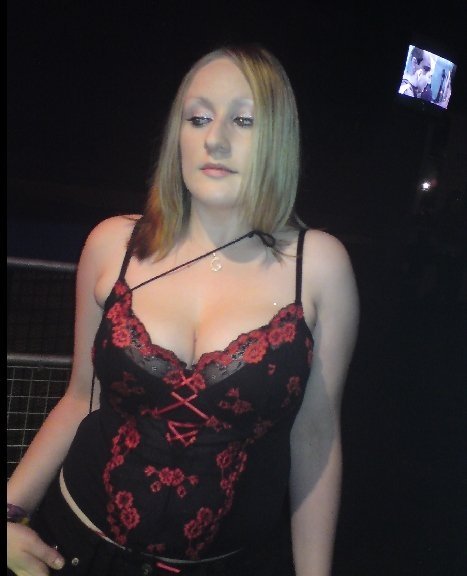 So the night is so much fun and Ive basically let loose for the first time in months so i end up being a little worse for wear!  I get carried, literally as i moaned i didnt want to walk, to the local bar after the night where I would like to say Mikes eyes met mine across a crowded bar, but ladies and gents, it was definitely not my eyes he was looking at!

He walks across the bar to introduce himself, we chat for 20mins or so and he buys me a drink, Jagermeister - my vice, I excuse myself to go to the bathroom and never come back - yes people he was that dashing that i forgot about him. I joke! I was too drunk and just simply forgot! Plus jagermeister I have learned blacks out my memory as to this day I have no recollection of meeting him!