A Tale Of Two Weddings - The Report 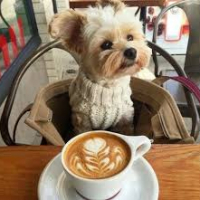 The Details: Monday 10th August 12pm at a Registry office. Due to Covid only 12 guests were allowed including a photographer, and we had 11. All guests had to wear masks as per Boris Johnson's announcement the week before, and receptions had also been delayed. The Ceremony itself was one step up from the most basic, we had the nice bits but no readings and no personal vows, we decided to save those for April 2021. All in all the Ceremony only took about 10 minutes, with an additional 5 minutes to sign the register.

We had had to give notice a second time as our initial one had run out but our council did this free of charge. We had to pay for the full cost of the ceremony despite the reduction on guests, but that isn't a complaint, just so people know what may be expected.

We decided on the Saturday that we would like to make some arrangements to see our family later in the day on the Monday, and not spend the day just privately together as we had initially planned. My parents were heading off on a trip the following day so it would have meant not seeing them at all (they held off on the trip for weeks due to our Ceremony) and we honestly didn't want it to turn into one of those days where it felt a bit anticlimactic and we were sat there going "what do you wanna do" "I dunno what do you wanna do".

We worked it so that right after the ceremony my side would come over (two parents and my sister) which worked out around 1:30pm-4:30pm and then 5:30pm-10pm we had Ms side over (two parents and sister) and we had pre prepared separate platters for each household and us, along with all the accompaniments and utensils to avoid as much cross contamination as possible, and so we weren't doing that much actual hosting on the day, and it worked really well!

It was a hectic weekend getting things sorted and prepared last minute but it was alright, it saved worrying and sitting around!
2